From Hardship to Hope is a series of stories about our program graduates told through their eyes. From childhood to now, we will learn about their journeys, and try and understand the impact Uplift has had on their lives. This story is about Adrienne Shaw, a 2019 graduate and class speaker who has gone from working registers, to customer service, bookkeeping and now account management. This is her journey: 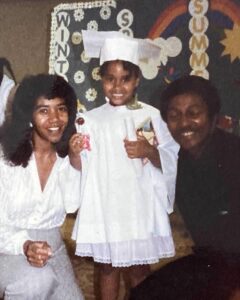 Adrienne grew up in West Chester, Pennsylvania where she was the youngest of ten kids. While this included half brothers and sisters, they never used those terms. Being the baby in the family, she was spoiled by everyone and constantly shown an abundance of love and support. Not only did she see this within her family, but within the community. In speaking about West Chester, Adrienne said: “I loved it. Small town, people spoke to each other when passing by on the street, it was where the neighbors would look out for each other. I was raised where it took a village to raise a child.” She attended Henderson high school and was very well liked by both students and teachers. She already knew some of the faculty from when her siblings went there which certainly helped her along the way. After high school she went to West Chester University, but stopped soon after because it did not suit her true passions. She went to work as a manager at a local dry cleaner after leaving.

While at the dry cleaners she received a job offer from a trucking company that would pay her 50 cents more per hour. Shortly after accepting this position, she was accused of manipulating the computer payment program to increase her own salary. The charges were for unlawful taking and theft by deception fraud. Adrienne was surprised by the charges because she had always acted honorably and did not think she did anything wrong. She said: “I had never been in trouble, so half the stuff I was being accused of I didn’t even know what it was…I didn’t go down the wrong path, and that’s what I am fighting for now.” Adrienne would go on to appeal these charges. 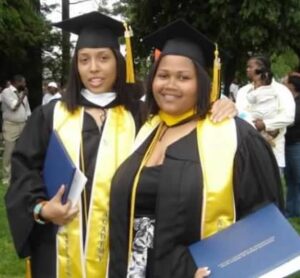 The hearing process turned out to be extremely difficult. The first obstacle Adrienne faced was the court continuously pushing back her hearing. Due to this, she never knew when she would be available for work or any other activity. This included interfering with college, which she applied to and was accepted during this time. The next obstacle was her lawyer. While he was the coworker of a friend, his work was pro bono, and this showed in the amount of effort he was willing to put in. He had her subpoenaing her own witnesses, and they were not showing up. Rather than attempting to remedy the situation by either doing this himself, or asking the court for an extension, he did nothing. The last, and final obstacle was perhaps the largest. Adrienne had a codefendant on her case who was not handling the hardships of the court process well. Her mental and physical health were suffering, and she decided to take a plea deal that was offered to both of them. Adrienne declined the deal trusting in God the result would come out right, but this was not good for her case as having one party admit guilt would heavily weigh on the jury. These things proved too much, and the jury ruled against Adrienne. She reacted by saying: “my life after that was really hard, especially finding employment.” She never went to prison but was given 7 years of probation and had to pay restitution. The only reason she did not receive jail time, according to the judge, was because she had so many positive character witnesses testify on her behalf.

While on probation, she continued to attended college and was on the dean’s list every semester. She received all A’s, and graduated college in 3 years summa cum laude. Her resume was incredible, and she hoped this would help her in finding gainful employment. While she was able to get some odds and ends jobs along the way, between her trial in 2002 and her enrollment in Uplift in 2019, she was unable to get a meaningful job due to her criminal record. She told this story that best showed what constantly happened to her:  “When I graduated college, I was offered a position to run a [fast food restaurant.] I was upfront about my record and everything, as I always am when I apply for anything that may ask questions regarding my criminal history. I was completing the training and everything and about a week before I was supposed to start, they came to me a told me that because of my background they couldn’t continue on in hiring me.” This is a situation she dealt with time and time again. Her resume was great, she had ample experience, was extremely qualified, if not overqualified, for these jobs, and she was motivated to excel in any role, but they would not allow her to work because of her criminal record. 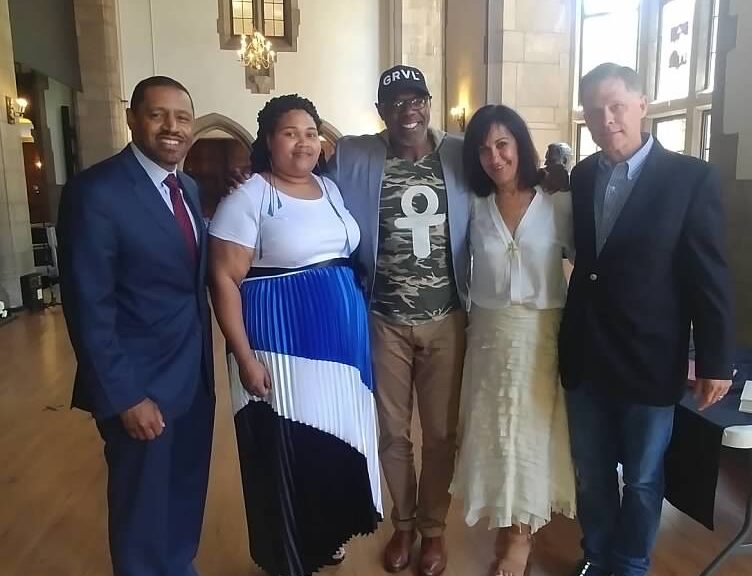 Her family was a great support system at the time. There were moments where the continued rejection became hard on her mental state, but her family helped her through it. One lucky day, Adrienne’s mother heard about Uplift’s Workforce program through a highlight on NBC news and decided to reach out to program director Barry Johnson. They asked Adrienne to come in for an interview and from that moment on, Adrienne’s life changed. When she first came in for her interview, she sat in on a class that Mrs. Monique, our lead instructor, was teaching. At that moment she became excited to be a part of the program and was enrolled shortly after. Adrienne had this to say about her experience: “From the day that I interviewed until now, it was an amazing experience…Every day after that, once my cohort started, the skills that Mrs. Mo taught us, the encouragement she gave us, meeting people who have dealt with similar situations as mine…Uplift was amazing.” Adrienne had a very long commute, and because of that would sometimes show up an hour before classes started, but she says it was “well worth it.”

One thing that still sticks with Adrienne today are the little nuggets of advice she would receive. Every session Monique would write a quote on the board, and Adrienne would jot it down in her notebook. She still has her book full of those quotes and looks at it to help her through hard times. They remind her who of she is and to why she must keep going.

After graduating from Uplift, Adrienne’s life improved drastically. Employers saw that somebody gave her a chance after she was placed at Shoprite, and it changed the way her record was looked at. Her newfound motivation from Uplift pushed her to stop settling for entry level positions, and she began taking chances. Speaking to this, Adrienne said: “Uplift taught me that there are people who believe in us, so I have to believe in myself…My family has always believed in me, but they’re supposed to. When someone like Barry or Lauren do it, it gives you a sense of pride. It makes you want to achieve your goals.” Uplift was also able to connect Adrienne with Philadelphia Lawyers for Social Equity, an organization that works to expunge the records of those in communities most affected by social justice inequalities. Today, they are helping Adrienne file for her pardon, and this has given her hope that her record will be restored. 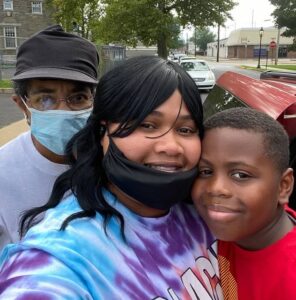 Adrienne with her mother, Cordelia Taylor, and nephew, Kyle Morris, on the day she turned in her appeal for a pardon/clemency.

Adrienne started as a cashier at Shoprite, and quickly impressed everyone around her and moved into a customer service position within a few months. Shortly after that, she began bookkeeper training. She remained an employee of Shoprite until August 2019 when she received an employment opportunity closer to home as an account specialist at Shutterfly.

Adrienne’s ultimate goal is to work with youth, possibly bringing them a program similar to Uplift. Until then, she wants to continue to build her credit up, improve her career, start saving, and be able to purchase a home. The last question we had for Adrienne was if she had anything to say to Uplift. She had this: “Thank you for the opportunity, thank you for believing in people and knowing that although people may run into a situation where they get a blemish on their criminal record, Uplift does not judge us by that. The work you are doing is amazing and please continue to do it.”